People need to feel that prosperity and opportunity is fairly shared. As long as European societies feel exposed to job precarity, support for building “walls” would only strengthen – says Ruby Gropas in an interview with Konrad Niklewicz.

Opinion-makers across Europe, like for example Jean Pisani-Ferry, the economic advisor to the new French President Emmanuel Macron, make it clear that the current framework of free movement of workers in the EU has to change. The directive on posting of workers is the low-hanging fruit, first to be modified. Are we witnessing the end of free flow of labor as we know it?

Such conclusions are not justified. Discussion on the “Mobility Package”—a set of new proposals related to the European labor market—is still ongoing. Assessments have been made, all parties are being consulted, and work is still underway. Once the Commission tables the whole package, the European Parliament and Council will have a say and the social dialogue is ongoing. This process will take time. And rightly so: everyone wants to ensure that the best solution is worked out, and everyone wants to ensure that the best solution is also an enforceable and pragmatic one. It seems that there’s a clear understanding that we need to adapt the regulatory framework to current challenges. We need to reconcile the needs of a competitive economy with the valid, deep-rooted expectations of our societies.

A truck driver from any country doesn’t really care about the competitiveness of the economy in general terms. What he cares about is to not lose his job to a cheaper competitor regardless of where they come from.

This Commission has been saying from day one that its overarching goal is not only to ensure economic competitiveness but social fairness too. The two have to come together and reinforce one another. Take the posting of workers directive as an example which covers 2 million people across EU28 (just under 1% of total employment). In 1990s, when it was created, the economic and social conditions were completely different to today’s realities. There was more optimism, growth, convergence and most people believed there would be enough jobs for everybody.

Unfortunately, things have changed since. True, many companies increased their competitiveness because they could hire qualified workers from Central European countries who were paid lower wages. But over the past decade, due to a number of factors that also have to do with developments in the global economy, many people in Western Europe started to feel they were left behind. To put it bluntly: a truck driver from any country doesn’t really care about the competitiveness of the economy in general terms. What he cares about is to not lose his job to a cheaper competitor regardless of where they come from. Particularly when they feel that there is “unfair competition,” notably in the areas of labor costs and the respect of rules governing working conditions.

I’m absolutely sure that the Commission’s Article 50 Task Force will fight tooth and nail for the rights of the EU citizens living and working in the Great Britain.

Like it or not, this particular emotion is strong. Jean Pisani-Ferry, whom you mentioned in your question, is right when he says that we have reached a point where the general public in many Western European countries emotionally reacts to what it perceives as a lack of protection. The way people have been voting is leading to more and more polarized national political contexts, with governments increasingly focused on very narrow definitions of “national interest.” In other words: people’s reaction to the perception of a growing job insecurity is driving the vote for extremists, who preach closed borders and protectionism. We know these are not solutions at all but rather recipes for disaster. Today’s economic and political realities are dynamic and complex and therefore require dynamic and innovative policy responses.

In recent years and months the growing trend for closing the borders was clearly visible. The labor market is not the only area affected. There are numerous studies on the issue: in the longer term there cannot be any economic growth without social inclusiveness. People need to feel that prosperity and opportunity is fairly shared. As long as European societies feel exposed to job precarity, the support for building “walls” would only strengthen. Let’s not forget that upward convergence is at the very heart of European integration and this is what our citizens expect. With the average income growth stagnating in some countries (or in some population groups), this promise seems to be broken. Data aside, perceptions around this matter are usually stronger, and, like it or not, this matters just as much.

But concretely, what does it mean for Poles, Latvians, or Slovaks? Should they worry that the free movement of workers will be abandoned, in order to help Western Europeans feel more secure, to get rid of “unfair competition,” to earn more and to enjoy more stable jobs?

Certainly not! Free movement of workers is non-negotiable. It is a cornerstone of the European construction. I believe the EU institutions, certainly the European Commission, made it crystal clear on many different occasions. Most recently in the context of the Council conclusions that were negotiated in February 2016 in the run up to the UK referendum. I’m absolutely sure that the Commission’s Article 50 Task Force will fight tooth and nail for the rights of the EU citizens living and working in the Great Britain. And the Commission will oppose any measures that go against this fundamental freedom.

But isn’t it already dented? In some French regions, local authorities imposed the so-called “clause Moliere” – a legal obligation that construction workers speak French. The official explanation was that “clause Moliere” would guarantee safety at the construction site. Apparently, the real goal was to block Central European builders from working, as most of them wouldn’t speak French.

The European Commission clearly stated that “clause Moliere” is not acceptable because of its openly discriminatory character and is incompatible with the EU law. Commissioner Thyssen has expressed herself very clearly on the matter and the Commission is resolutely committed to fight measures that lead to any form of discrimination in the workplace. All in all, what we need are pragmatic compromises that are not only enforceable but also acceptable for all sides: local populations, workers from other EU countries interested in working abroad, and companies who would eventually hire them.

The goal is to make sure that interests of all interested parties are taken into account. A  true compromise means that all sides agree to give up some of their demands.

To put it in most straightforward terms: yes, the status quo of the labor regulations in Europe is politically untenable. The conditions for workers wishing to work abroad will change, as we no longer can apply solutions created 20 years ago. Having said that, there’s no coming back to closed, “national” labor markets. As was said: the freedom of movement of workers is here to stay. The goal is to make sure that interests of all interested parties are taken into account. A true compromise means that all sides agree to give up some of their demands.

Let’s not forget that wages in Western and Central Europe are catching up, with every year passing the number of those willing to go to work abroad may decrease.

Of course, it is not going to be easy. Over the last 60 years, more Europeans than ever before have secured living standards that are among the highest in the world. But we are also coming to realize that many achievements can no longer be taken for granted and deep changes are taking place in all sectors. But these changes require time to be “digested” and they also require investment and resources to ensure that the transitions lead to better working conditions for all. We are already changing the ways we consume and the ways we produce to be more efficient, more effective, and most of all more sustainable. We are also seeing deep changes in the ways we work. For some, these changes present opportunities, for others, this is not the case. What is clear, though, is that people across all of our Member States need to see a perspective for progress, for opportunity.

And what if the biggest threat to the aforementioned Belgian truck driver is not the Polish competitor, but the driverless truck, expected to be soon road-worthy? How are we going to prepare European labor markets for the next wave of technological revolution?

Indeed, we need to look at the greater picture. The pace of technological change is breathtaking. And it will affect the Poles the same way it may affect the French or Belgians. Whole industries will be affected by automatization, but let’s stick to the example of professional drivers: the arrival of the “self-driving truck” that can drive autonomously will change everything. All of a sudden, hundreds of thousands of professional drivers may be faced with the real risk of losing their jobs. So, the challenge is not to guarantee that 40-year-old Polish driver will be able to keep his job for eternity. The real challenge is to give him the right education so that he can switch to another job quickly enough. In parallel, governments need to make sure that current 18-year-olds are not given false hopes of stable jobs in transportation industry, as most of the jobs there may not necessarily disappear, but what is certain is that they will be very different and they will require very different skill-sets altogether. If we don’t prepare, we will face labor crises of unparalleled scale. Today’s problems will look benign in comparison.

Assuming that the legal framework of European labor market must change in order to be adapted to the new political and social context, is there any way to sweeten the deal for those affected – meaning: workers from the Central and Southern Europe?

One can always try time derogations, spreading the change overtime. Let’s not forget that wages in Western and Central Europe are catching up, with every year passing the number of those willing to go to work abroad may decrease. This may decrease some of the tensions. But it is important to make good use of these time derogations to prepare and to shape the future employment conditions ahead. 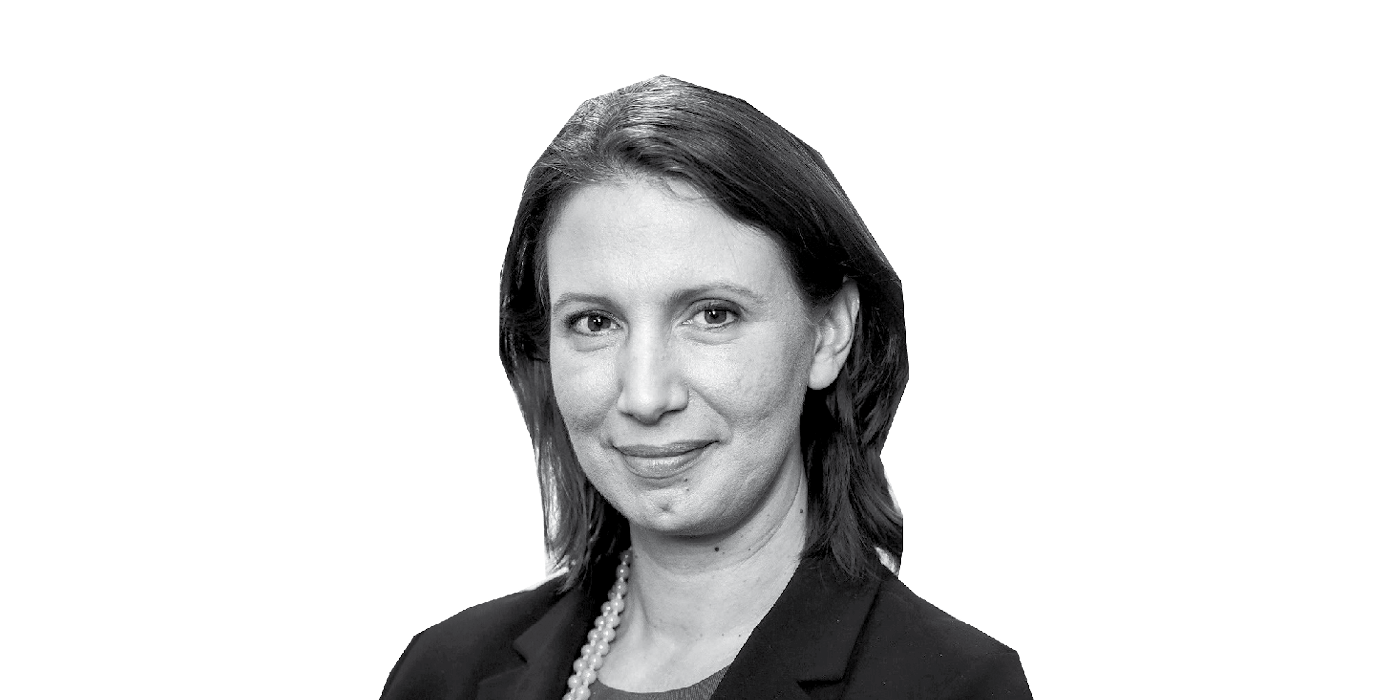 is Team Leader of Social Affairs Team in European Political Strategy Centre, Brussels. Before joining the EPSC, she was Research Fellow in the Global Governance Programe of the Robert Schuman Centre for Advanced Studies at the European University Institute, Florence. Since 2012, she is Visiting Professor at the College of Europe, Bruges, and also holds a Lectureship in International Relations at the Law Faculty of the University of Thrace.

She holds a PhD in International Relations from Cambridge University. Her research and publications have focused on different aspects of migration, European integration, foreign policy and human rights. She has served as Managing Editor of the Journal of Southeast European and Black Sea Studies (2005-2009) and is currently Book Review Co-Editor for the Journal of Common Market Studies. Ruby studied Political Science at the Université Libre de Bruxelles (ULB), Business Management at the University of Maryland, and then pursued her graduate studies in European Studies at Katholieke Universiteit Leuven.

Konrad Niklewicz is currently the Wilfried Martens Centre for European Studies Visiting Research Fellow and managing director of the Civic Institute and a guest lecturer at the University of Warsaw. He previously served as Spokesperson for the Polish Presidency of the Council of the EU and Undersecretary of State at the Ministry of Regional Development. Previously he was a journalist and editor of the Gazeta Wyborcza.