The greatest evidence of Europe being a success is how people from outside Europe want to move there. It is a free and peaceful place and offers a social and economic model which is sustainable—says Sergei Guriev in an interview with Jakub Dymek.

JAKUB DYMEK: Many claim Europe is in a permanent crisis and one problem is piling on top of another. I don’t want to ask you for any simple solutions, but whether we—like Europe—have managed to fix even one of the crises already?

SERGEI GURIEV: First, I would not agree that Europe is in a state of permanent crisis. Europe is still a success story. When you look at surveys, you see that people—even in countries hit the worst by the last financial crisis—do support staying in the European Union. Those in the eurozone support keeping the euro. This is not to say that there were no mistakes made or that the European project is complete. It is not: financial architecture, labor mobility, banking and capital market union, the common market in services, portability pensions and social benefits—all of these are issues that prevent the construction of a genuine union as envisioned by the founders of the European project.

But the greatest evidence of Europe being a success is how people from outside Europe want to move there. It is a free and peaceful place and offers a social and economic model which is sustainable. As for the legacy of the recent crisis, in some countries the problems occurring from the financial crisis have been solved, in other, they have not. In Germany, unemployment is actually lower than before the crisis, while in southern states it still remains high, especially among the youth. Over large parts of the continent challenges caused by the previous crisis still, loom large.

But regardless of these issues, you consider yourself an “euro-optimist”?

Yes, I do. The idea behind the European project was to create a common market and a common market has been achieved— even if not in its most comprehensive and complete form. The EU was founded to promote peace and Europe is peaceful.
It was—generally speaking—a success.

However, in one of your recent papers you’ve mentioned an “European trust crisis”. What about it?

This is exactly what happened during the recent financial and economic crisis. In European regions, where there was a large increase in unemployment, citizens lost trust in politicians and the elites and started voting for populists. The economic crisis is mostly gone but the lack of trust lingers. It is not synonymous with the permanent crisis you’re talking about, but it is a challenge nonetheless. We need to ensure that we regain this trust and be certain that all people in the EU benefit from the economic recovery.

As we demonstrate in our paper, in the South, the trust towards European political institutions fell from 51 to 37 percent and the trust to national political institutions fell from 55 to 40 percent. The trust of people towards one another or to the police didn’t really change, but the trust towards institutions and politics did. Europeans blamed the crisis on European and national politicians and therefore trust in those institutions diminished. Another factor I want to mention: the effect of the increase on unemployment due to the crisis on voting for populists. Our analysis indicates
very large magnitudes: a 5% rise in unemployment translated into a 5-10% increase in the populists’ vote share.

Which efforts in combating this problem can you point to as successful?

Eventually, it is about creating a sustainable and inclusive market economy, promoting growth and sharing the benefits of this growth broadly. This means enhancing competitiveness, investing in human capital and infrastructure. Our analysis of investment in infrastructure in the West Balkans in the recent Transition Report shows large effects. We look at 49 road and railroad projects realized there since 2000, and analyze the impact on the GDP and well-being of residents of individual West Balkan countries. We have found that these projects will deliver GDP and well-being increases by 1-2% (depending on the country) by 2040.

As for unemployment, in this part of Europe (CEE), the problem is not unemployment but rather the shortage of labor. The unemployment problem in CEE was essentially solved by western markets to eastern citizens.

The economic crisis is mostly gone but the lack of trust lingers. We need to ensure that we regain this trust and be certain that all people in the EU benefit from the economic recovery.

We sometimes call it the “export of unemployment”.

Which is not strictly true because migrants tend to work in the countries they have moved to. But the problem, for the new member states, is how to eventually bring these people back and put their skills to work on domestic job markets. This is not a permanent crisis, but a permanent challenge. We estimate the impact of this brain drain on the new member states’ economies and find the major negative effect of brain drain on the productivity of companies. Another issue is the issue of fairness. Many people believe that it is unfair for Eastern taxpayers to fund the education of future doctors or nurses in Western hospitals. I’m strongly committed to the free movement of labor, but the questions of fairness must be taken seriously, discussed and addressed.

As a euro-optimist, who is a strong advocate for the free movement of labor, you must be really puzzled by the whole public debate surrounding Brexit.

As the UK is one of the shareholders in EBDR, I’m not going to comment on the politics of Brexit. I can, however, discuss the facts and figures. The Brexit campaign claimed that Brexit will bring 350 million pounds a week back to the UK—a false claim that was disowned by the Brexit campaigners themselves right after the referendum. Economists have looked, however, at the loss of economic growth and GDP the Brexit had already cost. These estimates say that there are around 300-350 million pounds weekly loss for the UK GDP since 2016.

The exact opposite of what the brexiteers claim?

Yes. The British economy could have grown faster, but the migration of skilled people has already started and the uncertainty of the market and policy is taking its toll. One of the problems is also inflation connected to the depreciation of the pound. Most of all, the uncertainty of Brexit has reduced incentives to invest. This will have an effect on other member states, Poland in particular.

In this part of Europe (CEE), the problem is not unemployment but rather the shortage of labor. The unemployment problem in CEE was essentially solved by western markets to eastern citizens.

Some people say that if the Polish migrants to the UK came back, it would be a positive factor, but on the other hand Britain is an important market for many Central- Eastern European countries, including Poland, and if the British economy slows down, it will have a negative impact on the countries in the CEE region.

What is “the job polarization” problem you mentioned [in the lecture]?

It is a major problem: because of globalization and technological change there’s growing inequality in the job market. Jobs are created at the top and at the bottom of the skill distribution;

Britain is an important market for many Central-Eastern European countries, and if the British economy slows down, it will have a negative impact on the countries in the CEE region.

the number of middle-skilled jobs decreases. The high-skilled employees’ productivity is reinforced by automation and globalization: these are the jobs in technology, entertainment, finances and other knowledge-intensive services. There is a growing demand for such specialists and their wages are rising. There are also jobs created at the bottom of the skill distribution—routine manual jobs that are paid very poorly and are therefore too cheap to automate or outsource. And the jobs that are being destroyed are those in the middle, blue-collar jobs and routine white-collar jobs: administrators, secretaries, clerks.

People who lose their jobs have to either move to sectors demanding a high level of skills—which is difficult. Or they can also move down the ladder, but then the salary goes down. Moreover, the more middle-skilled people go to the low-skill segment of the job market, the larger the supply of labor which drives these wages further down. Or… you can move out of the labor force altogether. And this is what we’re seeing in the United States. These people are natural voters of populist politicians…

The populists cannot solve this problem, because the solutions are a provision of public goods, lifelong education & investment in skills, not protectionism and Luddism. The policies should promote equal opportunities for the children of those who lose their jobs. If you lose your job in the US, for example, your children should have guaranteed access to health-care and good education in order not to inherit the problem.

And yet another policy area I want to ask you about. Is some form of European Green New Deal possible?

We—as EBRD—have a commitment to do 40% of our business in green projects. Green transition is our top priority. We now see this intergenerational divide on green issues—the younger generation of voters, as we have seen in the European Election polls, have driven this “green wave” to success.

Instead of “a populist wave” we have been warned about?

Yes. When we talk about a sustainable and inclusive market economy as a destination for our countries, we have to take into account the well-being of future generations and those who yet have to be born. Which policies can help promote environmental sustainability? The consensus choice among economists is a carbon tax. When you buy cigarettes or alcohol you pay an additional tax and you know why this tax exists. The big issue is how to make sure we redistribute the carbon tax back to people.

The policies should promote equal opportunities for the children of those who lose their jobs. If you lose your job in the US, your children should have guaranteed access to health-care and good education.

In the US there is a proposal signed by 3,550 economists to introduce a carbon tax and redistribute the revenues by simply sending a check to all American families in equal amounts. When the redistribution is not carried out in a transparent and fair way, there may be a major pushback—as the yellow vests protests in France showed. The government introduced a diesel fuel tax, which in practice meant taxation of people in less urbanized areas driving to work.

And those already privileged in Paris, who use subsidized public transit, would thus benefit—enjoying a better quality of air and getting the revenue to pay for public transportation. It is key to ensure that the benefits from the carbon tax are shared fairly. This is where the nexus of this discussion will be—not whether to introduce a carbon tax, but how to most effectively and justly redistribute the revenues from it. 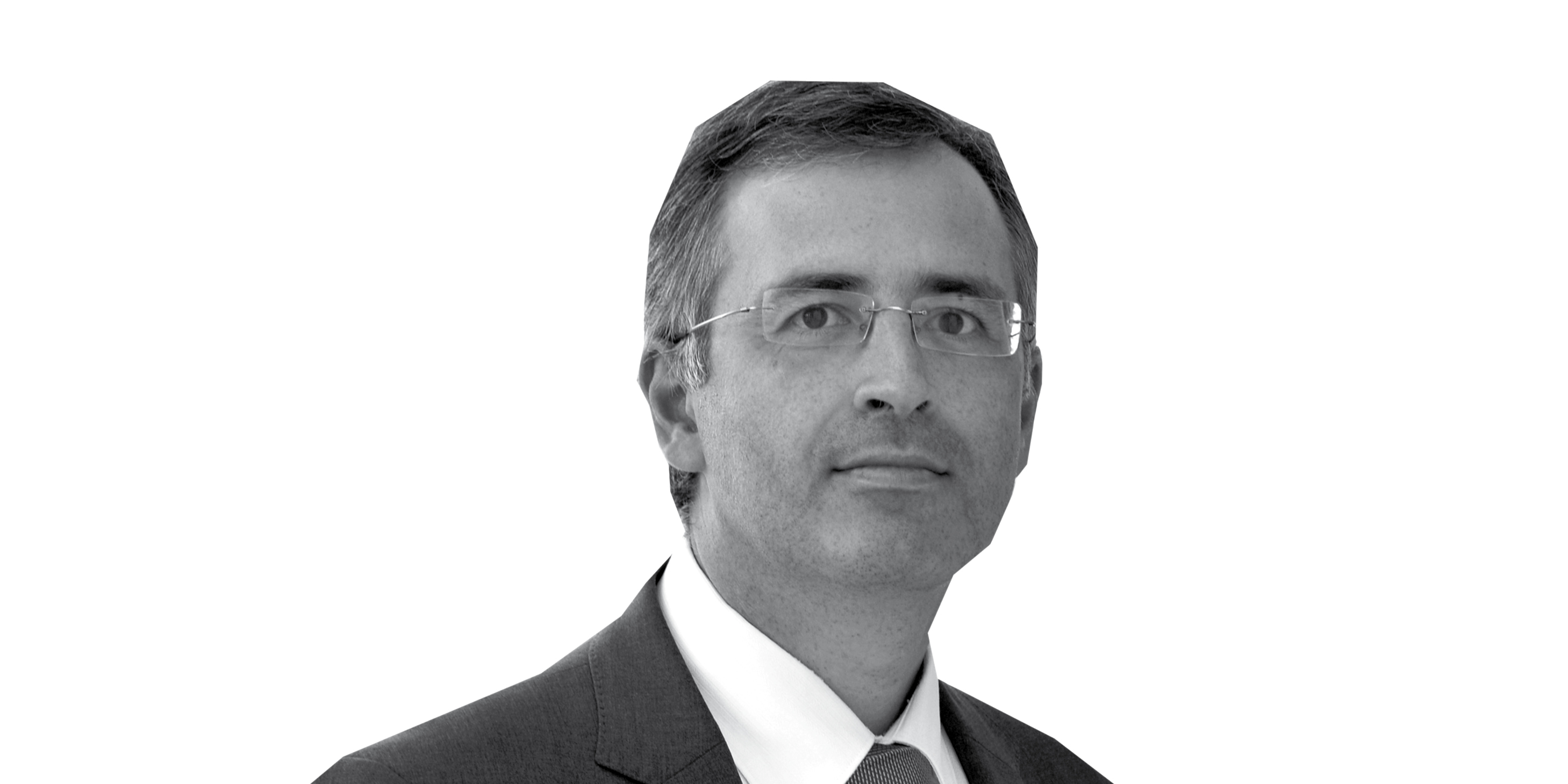 is a columnist and author. His book about the rise of the revolutionary political right in USA, Poland and Russia entitled “Nowi Barbarzyncy” (“The New Barbarians”) was published in 2018 by Arbitror Publishing.