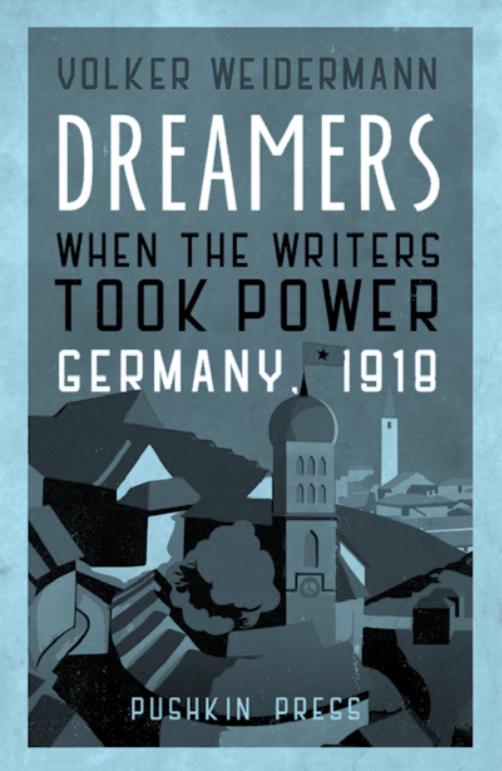 It feels like this is an era opposed to intellect. The President of the United States prefers to communicate via Twitter—a medium where he has half as many followers as pop star Katy Perry—and persists in misspelling messages. Amid the battle over Brexit, UK Justice Minister Michael Gove famously told an interviewer, “People in this country have had enough of experts.” While it is still not clear if the British really do want to leave the EU, the June 2016 voting results signal that Gove was right.

But this sort of hostility to reason is long-running and the public frequently deifies men (or women) of action. In 2004, George W. Bush’s top advisor Karl Rove derided “what we call the reality-based community” which he characterized as people who think “solutions emerge from your judicious study of discernible reality”.

“That’s not the way the world really works anymore,” Rove continued. “We’re an empire now, and when we act, we create our own reality. And while you are studying that reality—judiciously as you will—we’ll act again, creating other new realities, which you can study too.”

The reality that Rove and friends constructed led to some 200,000 deaths in the Iraq War, a power vacuum that almost certainly led to the formation of ISIS, and triggered events that led to civil wars in Syria and elsewhere, as well as a massive migration crisis. And yet even Rove’s disdain for considered thought comes off as polite in comparison to what Napoleon Bonaparte wrote in his memoirs: “You don’t reason with intellectuals. You shoot them.”

What if the intelligentsia—people of reason devoid of selfish drive for power—actually ran things for once? Wouldn’t things be better? For a brief period in 1918 and 1919 in Munich, they were in charge. As the German writer and literary critic Volker Weidermann notes in his latest book, “Dreamers: When the Writers Took Power,” the results were-well-interesting.

What if the intelligentsia actually ran things for once? Wouldn’t things be better? For a brief period in 1918 and 1919 in Munich, they were in charge.

As World War I drew to a close, Germany was in turmoil. On 24 October 1918, with the conflict all but over, naval commanders in Kiel ordered the German fleet into battle with the British one for the last time. The sailors, unwilling to die just days before the imminent surrender, refused. Mutiny followed and the mood of revolt spread. The revolution that would lead to the Weimar Republic began even before the ink on the 11 November Entente-Alliance armistice was dry.

Less than a half-century after unification, Germany was hardly a monolithic state. Away from the Kaiser in Berlin, Bavaria was in turmoil. By 7 November, King Ludwig III had to flee his Munich palace. Amid the hysteria, Kurt Eisner, “the wild-eyed theater critic who recognized his moment so quickly and seized it with such determination” found himself leading mobs through the streets. Somehow, he managed to seize power.

“Looking at the little group who were left behind in the debating chamber, did Eisner have a moment of doubt as to whether these people were really ‘the people’? Perhaps not,” Weidermann writes. “And there was not the time for reflection now, in any case: he had far too much to do.”

Eisner’s time helming the ship of state did not last long. At elections two months later, his party received just 2.5 percent of the vote. It turned out he did not represent the people, but he nonetheless remained convinced of his cause. “The fact that they have 12 million voters behind them,” Eisner said of the victorious Social Democrats (SPD), “does not mean their policies are good. The truth is not a multiplication sum.”

While the nominally leftist SPD had won the election, a good chunk of the SPD’s traditional working-class base felt alienated by the party’s support for the war. Mired in material deprivation and defeat, to them the SPD began look like a corrupt establishment institution with the party’s leader Erhard Auer something of the Hillary Clinton of his day. Meanwhile, further east in Russia, communists had pulled their country out of the war and set about constructing a brave new world.

Mired in material deprivation and defeat, to them the SPD began look like a corrupt establishment institution with the party’s leader Erhard Auer something of the Hillary Clinton of his day.

Toller lasted just six days as minister-president before Germany’s Communist Party, led by Russian-born poet Eugen Levine, took control of the Council Republic. Within a month, he was out of office too. The SPD-led government was plotting a return, but had seen the Bavarian Council Republic draft many former soldiers, and police officers to their cause. Lacking a mass force of his own, Hoffmann allied himself with the so-called Freikorps, a group of right-wing paramilitaries (including many who would go on to become the early core of the Nazi party), and used them to retake the Bavarian capital. A year later, the Freikorps would oust Hoffmann from power and install a right-wing nationalist instead.

This rapid progression of events, and frequent changes of direction make a compelling storytelling backdrop, and Weidermann uses a number of literary techniques to keep readers’ senses on high alert (writing in the present tense, for example). Much like his previous book “Summer Before Dark”, “Dreamers” is composed like a multi-character novel. There are no divisions into chapters, rather a series of episodic snapshots stacked on top of one another. The jump from scene to scene and character to character has the effect of mimicking the disordered times.

Weidermann, the culture editor at Der Spiegel, is the author of four previous books in German. Only the aforementioned “Summer Before Dark”—which tells of the friendship between the writers Stefan Zweig and Joseph Roth during summer holidays in Ostend, Belgium in 1936—has been translated into English. Whereas “Dreamers” is set amid a political storm, “Summer Before Dark” takes place during the proverbial calm before the storm. Three years later, World War II begins. Roth, a serious alcoholic, collapses and dies (in a link between Weidermann’s two books, it was news of Toller’s suicide at New York’s Mayflower Hotel that triggered Roth’s final drinking binge). Six years after the summer in Ostend, Zweig would also perish, via suicide, having just posted the manuscript for his sorrowful magnum opus “The World of Yesterday”.

Weidermann has a taste for literary celebrity (the Katy Perrys of yesteryear, if you will). In “Dreamers” all manner of people pass through, if not live in, Munich. The novelist Mann, sociologist Max Weber, poet and Prague-native Rainer Maria Rilke, the above-named Toller and a young Adolf Hitler all make cameos. Weidermann also dispatches the occasional burst of literary criticism and analysis. At one point in the book, all the characters are captivated by the latest bestseller, Oswald Spengler’s “The Decline of the West”.

“It is an assessment of the Western spirit that sees the world and history as we know it coming to an end,” Weidermann writes. “Downfall, humility and exhaustion are everywhere. Greatness is a thing of the past.”

This rapid progression of events, and frequent changes of direction make a compelling storytelling backdrop, and Weidermann uses a number of literary techniques to keep readers’ senses on high alert.

Clearly Weidermann has conducted a vast amount of research, in particular digging out and piecing together tiny bits of color and detail from contemporaneous diary entries by major and minor players. Even so, save for the meticulous chronology, his text feels light on actual information. Events unfold in cinematic style, but feel divorced from the larger socio-historical phenomenon. The emphasis on character and setting comes at the expense of plot, and things feel more like a dramatized reenactment than a documentation of history. The book is more impressionist painting than photograph.

But Weidermann’s snapshot style has strengths too. It allows him to meander from one eccentric personality to the next. There are plenty to chose from. Among the more interesting is Silvio Gesell, a self-educated economist and the father of the “free money” concept. As Weidermann describes him, Gesell appears as just “another man with a huge beard and dark circles around his eyes”. He stumbles into the job of finance minister for the Bavarian Council Republic (for a few days at least).

Gesell presents an innovative—if never effectively implemented— monetary experiment. So-called free money seeks to tax money by the week. This means, in practice, that money declines in value the longer one holds it. It incentivizes quick spending, meaning that cash circulates through the economy, priming growth, while also discouraging hoarding and the accumulation of liquid wealth. The latter effect combats the concentration of currency in a few hands by encouraging even the rich to spend. It also discourages lending to poorer people with interest, a practice that allows those who are already wealthy to accumulate more wealth. In short, Gesell called for giving money a shelf life like other perishable goods.

At one point in the book, all the characters are captivated by the latest bestseller, Oswald Spengler’s “The Decline of the West”.

The longer one holds cash, and the more one holds, the more it costs to hold it. This thinking was sufficiently interesting as to lead John Maynard Keynes to predict that “the future will learn more from Gesell’s than from Marx’s spirit”. That may not have come to fruition, but Gesell does have a coastal resort town in Argentina named after him.

For every near innovation during the Bavarian Council Republic, there are dozens of instances of total madness. This is part of the fun of the story and surely made the Council Republican unpleasant place to live. Toller’s foreign minister, Franz Lipp, spends much of his time sending telegrams to the Pope, for example. In one message, he complains that the government in exile has stolen the key to the ministry’s toilet. The Pope does not reply.

“They were the first,” Weidermann writes of the Munich revolutionaries. “They were entirely unprepared for it all, after 900 years of the Wittelsbach dynasty, after losing an unlosable war. There were no historical precedents for them to draw on. Direct, permanent democracy; everyone having a say in everything. A government of fantasy and fictions. They wanted the best and created horrors.”

For every near innovation during the Bavarian Council Republic, there are dozens of instances of total madness.

The Bavarian Council Republic was a political failure for sure, but it also looks to have been an intellectual failure. Once in power, its leaders ceased to draw rational conclusions from the events occurring around them. Instead, they became the very same men of action they purported to despise. Like Karl Rove, they tried to create reality rather than respond to the world as it was. Intellect is, according to the Oxford English Dictionary, “the faculty of reasoning and understanding objectively, especially with regard to abstract matters.” The world is still waiting for its first real attempt at intellectual governance.

is a writer, opinion columnist for the Slovak daily SME and PhD candidate at the University of Barcelona. His book, “The Liar” is forthcoming from Public Affairs in 2022.