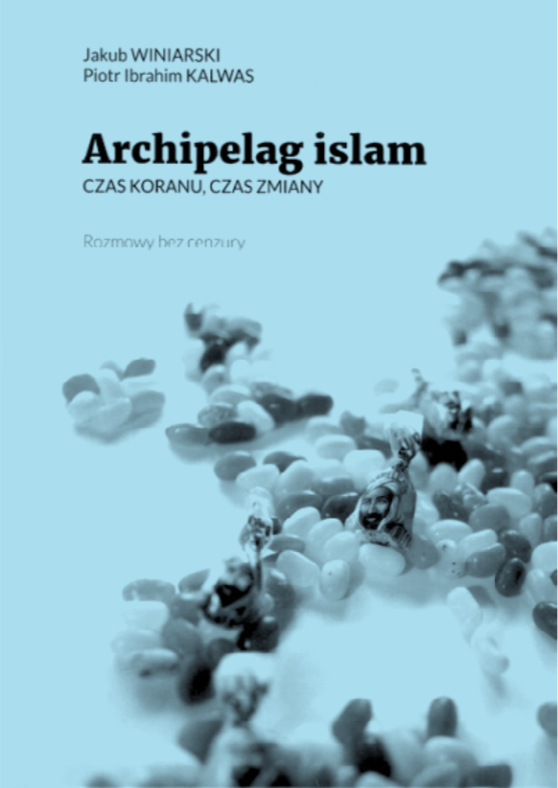 One of the greatest riddles of universal history is the violent fall of Islamic civilization in the first decades of the twelfth century. Earlier, the Muslim world experienced a several centuries long period of extraordinary prosperity, in the eighth century stretching from the Atlantic to the Indus and practically depriving the West of access to the Mediterranean Sea. It was Muslim scholars who saved the heritage of antiquity, and local rulers created a universalist empire, where the rulers of the first Germanic, Vikings or Slavic countries, such as the Polans, sold the only commodity that Europe had in excess—people. “Even if the surplus was small, it was sufficient to accumulate the resources that made the basic investment of that time possible: the rebuilding of the Roman Empire, the renewal of the Empire by Charlemagne, the creation of the first united Europe—Western Europe,” wrote Henryk Samsonowicz in his book “Unknown History of Poland. In Europe or on the Brink of it?”

During the Crusades, the West returned to the Mediterranean Sea, which, as Fernand Braudel said, closed itself to Islam, taking away its momentum and contributing to its collapse. Western Christianity soon became a political and economic power, it experienced a renaissance of culture, a shock caused by the sudden development of science, an eruption of rationalism and secularism, and finally an industrial revolution whose product—a product of the West—is contemporary industrial civilization, which, in the opinion of its critics, besieges the whole world, including the civilization of Islam. The tension between the impact of “global technolo- gies and global behaviour” (Berque) and the power of religion, which wants to determine every aspect of the believers’ lives, nowhere is as strong as in the Islamic world. Which means also in Europe.

According to the authors of the book, the condition for the acceptance of Muslims in Europe and their recognition as co-citizens must be their acceptance of European values, that is secularization and privatization of religion.

Islam from an unusual perspective

The book by Jakub Winiarski, a poet, prose writer and atheist living in Dubai, and Piotr Ibrahim Kalwas, a writer, columnist and Muslim, author of Salam (2003) and other novels, and the reportage “Egypt: haram halal” (2015), is a record of conversations on Islam held between Alexandria, Dubai, Warsaw, London and Malta. The interlocutors are convinced that the growing number of Muslims, especially those of Arab origin, in the countries of the European Union threatens not so much with the Islamisation of the continent as with its Fascisation, with the seizure of power by the extreme right, which “took over the rhetoric of the fight against immigration and Islam, because the left staged an idiotic `peace & love’ show instead of fighting Muslim immigration”, says Kalwas.

According to the authors of the book, the condition for the acceptance of Muslims in Europe and their recognition as co-citizens must be their acceptance of European values, that is secularization and privatization of religion, as has happened with most European Christians. Both interlocutors declare themselves to be liberals and see the greatest threat to Western civilization in religious fundamentalism (not only Islamic) and extreme ideologies, both left-wing and—much more dangerous now—right-wing. They realize that Europeans are often ready to throw “European values” into the dustbin and vote for authoritarian leaders as long as they promise to get rid of strangers. The peculiar nature of Central Europe lies in the fact that Poles, Hungarians and Czechs chose such politicians before they even had an opportunity to deal with actual Muslims. Those from the TV screens had been enough for them.

Kalwas and Winiarski have to do with Islam on a daily basis. They talk about its history, dogmas and heresies, as well as their own experiences from many years spent among Arab Muslims. Both are critical of the societies there, but they show respect and liking for the dissidents there. “What we can and should do is to support all democratic and liberal forces in the Islamic world with all our strength and in all possible ways,” says Kalwas. The readers of the book will therefore find an extensive discussion on the phenomena, social movements, books or authors who risk their lives so that Islam can, as Fernand Braudel wrote, “once and for all cease to be an obsolete civilization and rejuvenate in the glow of the present”. They will also find testimonies of barbaric practices such as girl mutilation (more than 90 percent of Egyptian women have their clitoris cut out) or taharrush gamāʿī, i.e. collective harassment of women.

“The Islamic Archipelago” needs to be read in today’s Poland and Europe. It shows Islam from an unusual perspective of observers who are critical of but not fanatically hostile to Islam. This is a perspective of Europeans who realize that Islam was, is and will continue to be part of the Old Continent. And that Europe will be like its religions, including Islam. This book is deliberately provocative and at the same time objective, rich in detailed descriptions and daring claims, such as Winiarski saying that the phenomenon of Islamophobia does not exist (which is strongly denied by Kalwas). Both Islamophobes and Islamophiles will find it of use to read it. If they exist.

Aleksander Kaczorowski is an editor-in-chief of Aspen Review Central Europe, former deputy editor-in-chief of Newsweek Polska and chief editor of the Op-ed section of Gazeta Wyborcza. His recent books include biographies of Václav Havel or Bohumil Hrabal. He won the Václav Burian Prize for cultural contribution to the Central European dialogue (2016).