Every tenth Czech is chased by a debt collector. Many of the one million debtors go into the shadow economy, work illegally, do not pay taxes or insurance. You have to think about what these people will do in their old age. What will society do with so many people on the verge of poverty?”—asks Tomáš Pospíšil, co-founder of the initiative Exekutor má smůlu.cz (The debt collector is out of luck), thanks to which it was possible to stop three thousand illegal executions amounting to 350 million crowns (15 million dollars) in an interview with Łukasz Grzesiczak.

ŁUKASZ GRZESICZAK: You fought with Czech financial companies against illegal executions, and now you have decided to fight with a hangover?

TOMÁŠ POSPÍŠIL: I see that I was right to bring the Morning Guru for you.

If it works, it will be my lucky day. At my age hangovers wear me out more than before.

It will be good. I use it myself. Anyway, I wouldn’t sell anything that I didn’t test on myself. The premiere of this pharmaceutical took place in Moravian cellars full of slivovitz and wine. The feedback was very positive.

Previously you worked in finance. Are these completely different industries?

My path to business was not typical. I studied at the University of Economics in Prague (VŠE) and by no means wanted to be an entrepreneur. After graduation, I worked at Ernst and Young, where I realized that I was just a cog in the system. Not much depended on me, there was no room for creativity. Then I decided to do something on my own. In the meantime, I also defended my doctorate on the foreign security policy of George W. Bush. At first glance, it’s remote from what I’m doing today. But I was very interested in international relations, although I do not deal with this area anymore.

Let’s go back to the beginnings of your business…

In the Czech Republic, a scandal broke out in connection with illegal fees charged by financial institutions to customers, also for mortgage loans. With our partner, we felt that a whole new legal market was emerging. And what happened in other markets? The first applications comparing different offers were created. Suddenly, everything started to come together. This is how the idea for the Hromadné žaloby.cz website came into being.

The idea was simple. In the Czech Republic, we do not have class actions. So a thousand people with the same legal problem, e.g. a contract with a bank, had to go to a thousand different lawyers, who demanded CZK 10,000 just to take a look at the case. We decided to take advantage of the economies of scale. In this way, a thousand people were able to take one lawyer to solve the first case, which was then simply duplicated. We used the “no win, no fee” system.

This business model turned out to be very complicated. First of all, the banks are very powerful, they can hire good lawyers and the cases were dragging on for years. Secondly, in many cases, such as e-shop fraud, people cannot be promised a positive outcome, because the companies that have deceived them simply do not have any assets at all.

But the situation changed?

In 2013, the Supreme Court issued a verdict enabling the suspension of execution proceedings resulting from debts arising as a result of illegal contract provisions. These included interest rates and the inclusion of out-of-court institutions for settling possible disputes in the contracts.

In the Czech Republic, we do not have class actions. So a thousand people with the same legal problem, e.g. a contract with a bank, had to go to a thousand different lawyers.

At the beginning, we placed this problem in the framework of the existing website Hromadné žaloby.cz, but we quickly realized that this case was special and deserved a separate business. This is how Exekutor má smůlu.cz was created.

From the very beginning we wanted this project to work on a commercial basis, like a typical business. We decided not to use any subsidies. But how to earn money from it? After all, our customers were to be people with a debt collector chasing them, meaning they had no money. In the end, we decided that the company or bank that caused the situation with its illegal actions must pay for stopping the illegal execution.

Is it an ordinary business? Or is it motivated by the desire to help the victims?

I believe that business cannot be based solely on profit generation. Money can be earned in different ways, but it is important that it is earned in such a way that it somehow moves society forward. Today I can say that I am making money, but I am also helping some people. When stopping debt executions,

I saw many cases of dishonesty in companies that wanted to make money on human naivety. People were often asked to sign dishonest contracts and then lost their whole life’s possessions.

It is interesting that our politicians slept through this matter completely. The court’s decision was made in the election year 2013. We asked how many people might be affected. At that time they were estimated at 100 thousand, today we know that there are 300 thousand of them. A text on this subject was published on the popular website Aktuálně.cz in 2014. It has not produced any significant action on the government side yet.

Why was it so in your opinion?

It is natural that rich financial institutions have more opportunities for lobbying than people who have a debt collector on their back. Especially as they often do not vote in elections. I think there is also a third factor. In this case, the government failed, control over the financial market was insufficient. Financial companies generally know perfectly well that they pursue unlawful executions, but they do not want to stop all of them automatically. They simply assessed the risks and predicted that only a small proportion of the people affected would sue them.

Didn’t you have any problems on the part of companies?

We know that they are not delighted, we get on the nerves of the biggest players, but so far no one has sent the head of a dead horse to the office.

You even sent a debt collector to the richest Czech Petr Kellner.

We managed to stop the execution of his client’s debt and the Home Credit owned by Kellner was supposed to pay us for our work. He did not pay. So we filed for a writ of execution. Of course, it was only a couple of thousand crowns, but we were very satisfied with it. It restores faith in the Czech legal system and makes for good PR.

How many executions did you manage to stop? How much did you earn on this?

We managed to stop about 3 thousand executions worth 500 million crowns (cca 22 million dollars) in total. I do not want to talk about our earnings. I will just say that we are growing all the time, the business is flourishing, we are satisfied.

Suspension of execution does not mean, however, that the debt does not exist.

But it significantly reduces the amount of debt. Imagine that you borrowed 15,000 crowns from someone. Now you have an execution to the tune of half a million even though you already paid 100,000 crowns. When it is stopped you have to calculate exactly how much you have paid and for what. In a record-breaking case, we managed to recover 300 thousand crowns for our client. The least that can be recovered is the money that was collected for the execution procedure since it was illegal. After all, it is not normal that a man against whom illegal execution was carried out has to pay his creditor for the procedure. But we believe that since the debt collector was only doing his job, he should be paid by the institution that had led to the illegal execution.

Do Czechs have a debt problem?

Almost one million Czechs have an execution hanging over them, with an average of five executions per one of them. This shows that the system does not work well in the Czech Republic. On the one hand, this is due to the privatization of the debt collection market, as well as solutions that enable everyone to earn money from the debtor. Sometimes debts in the amount of 30 crowns have been executed. It is obvious that it was not about these 30 crowns, but about what can be earned during the execution of the debt. Someone signed an unfavorable contract, made a mistake and could not get out of this situation for the rest of his life. He went into a debt spiral. He took out another loan to repay the first one. Then often another one. He lost financial liquidity, stopped paying the rent and social security. 82% of executions in the Czech Republic are irrecoverable. This is naturally demotivating. When you have five executions, you will not go to work because everything you officially earn will be taken away from you and the debt is of such a size that you never have a chance to pay it back.

Many of the one million debtors go into the shadow economy, work illegally, do not pay taxes or save for retirement. They do not pay insurance premiums, they do not have any property. You have to think about what these people will do in their old age. What will society do with so many people on the verge of poverty? Therefore, our goal should be to enable as many people from this group as possible to return to normal life. Another issue is the fact that their situation often translates into the popularity of extremist parties. It turns out that in regions where the number of executions is high, anti-system parties are growing in strength.

We invite alumni of the Aspen Young Leaders Program to present their projects, thoughts and inspiration in Aspen Review. Aspn.me/AYLP 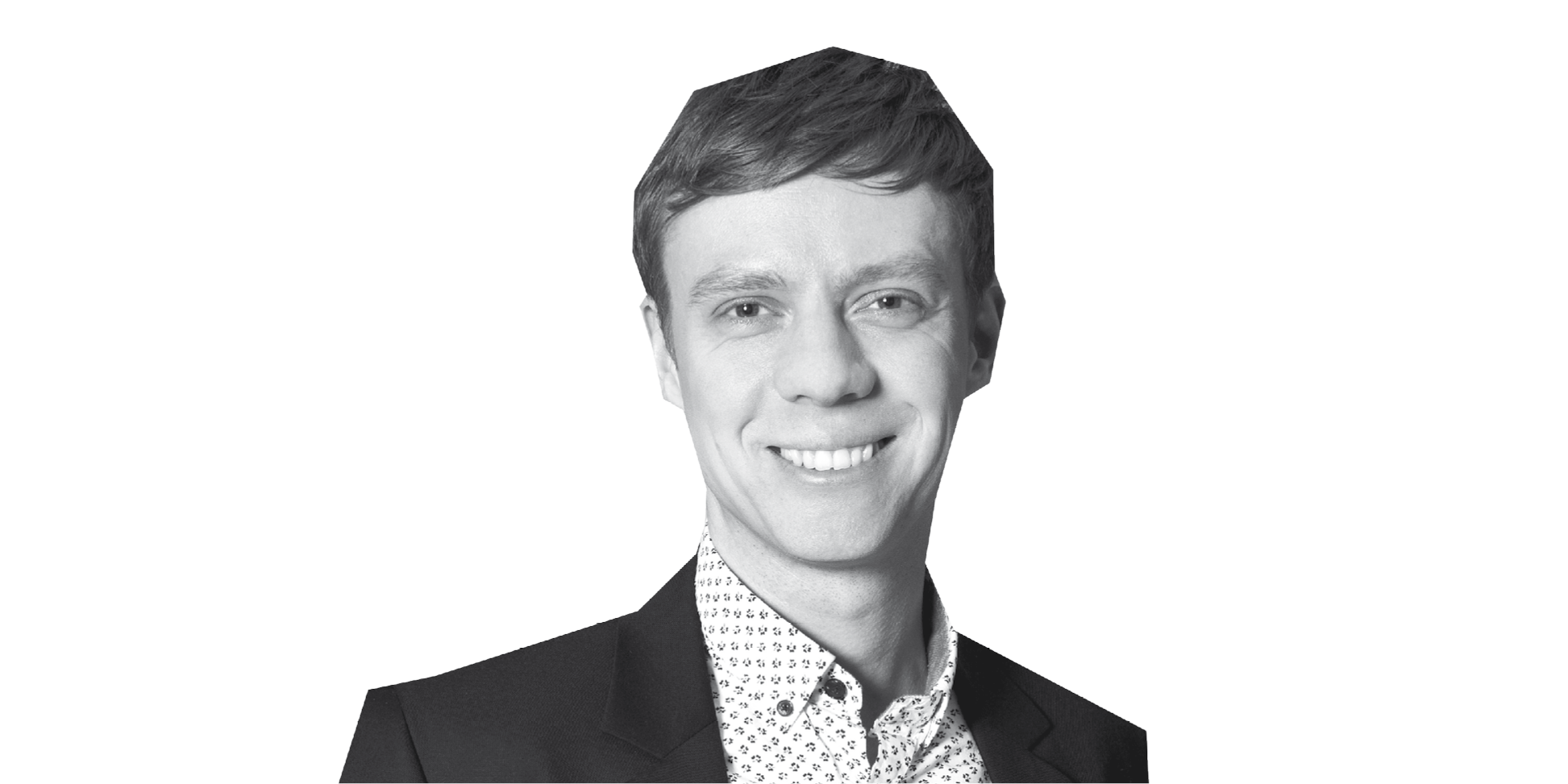 is a Czech entrepreneur, a graduate of the Prague School of Economics (Vysoká škola ekonomická—VŠE), He defended his doctorate on American international politics. Co-founder of the Exekutor má smůlu.cz initiative.