As long as business profits, maximizing interests at any price, are accepted in the region, and especially in Hungary, the population will not be motivated to protest against issues the EU selects as—in its opinion—important ones.

The different organizations of the EU have been criticizing Hungary for not following EU values. It was, however, never really clearly defined what ‘European values’ actually mean. It was also never questioned whether it is acceptable from the point of view of European social values, when Western European businesses locate the least value-creating assembly activities to the less developed Eastern European countries, for example to Hungary, and pay much lower wages for the same job than in the West, with these practices obviously postponing the economic and social convergence of these countries. Labor law regulations, which are much more business-friendly than in the West also have not been questioned. It does not confront European values either when a tremendous amount of subsidies are paid to foreign—mostly German—investors in Hungary. From an economic point of view, this is a competition distorting practice.

On the other hand, nationally owned businesses cannot be supported due to EU rules, because it would mean subsidizing them. So why is this the case? It is not market disturbing practice if a German company receives many types of subsidies, but it is if a Hungarian company gets any of them? So all these special opportunities for foreign businesses are in harmony with European values. What are then those practices the EU organizations criticize as being against EU values in Hungary? Let us mention just two of them: migrants and the case of CEU (Central European University).

The EU criticizes Hungary for rejecting participation in any type— voluntary or mandatory—of migrant quota relocation system. If you ask Hungarians, most of them—from the right or left, as well—agree. Hungary actually accepted 44.4 thousand immigrants born in a non-EU-27 country in 2018 (Eurostat May 2020). The country cannot therefore be considered closed to foreigners.

This storm around CEU has not, however, caught the attention of the majority of Hungarians with the exception of a minority of intellectuals. The ‘average’ Hungarian does not even know about CEU.

The other issue Hungary is strongly criticized for is ‘forcing out’ CEU from Hungary. This has been an over publicized event. CEU has not left Hungary. It accepts students and runs courses. It is true, however, that the operations have been narrowed down, as since January 2019 CEU is not allowed to offer so-called US-accredited courses. The argument for this is that US-accredited degrees cannot be earned from a school which does not have a campus in the US. This storm around CEU has not, however, caught the attention of the majority of Hungarians with the exception of a minority of intellectuals. The ‘average’ Hungarian does not even know about CEU and has plenty of other problems to worry about.

Instead of going into other similar problems the EU blames Hungary for, let us concentrate on a few special issues which have not disturbed those who worry about European values being violated in Hungary. These are those characteristics of Hungarian economic policy which make Hungary a genuine business paradise for Western European businesses even if they may offend social or environmental values.

The declared objective of the Hungarian government has been to change Hungary into a highly attractive foreign investment location. All aspects of government policies support this objective: from tax policies, through wage levels, educational system changes, subsidies and environmental regulations. There are also special types of agreements which are open only for large, mostly foreign, businesses. These are called ‘strategic agreements’ which offer special treatment for them. The content of these agreements is kept secret. But based on everyday facts keeping employment, creating quality jobs are probably not among the conditions in exchange for the special treatment. These companies frequently create assembly jobs and if they decide, fire employees. It is also not a condition for receiving special treatment that profits made should be locally reinvested. Therefore the proportion of repatriated profit is also high. Let us look at some relevant statistical data! 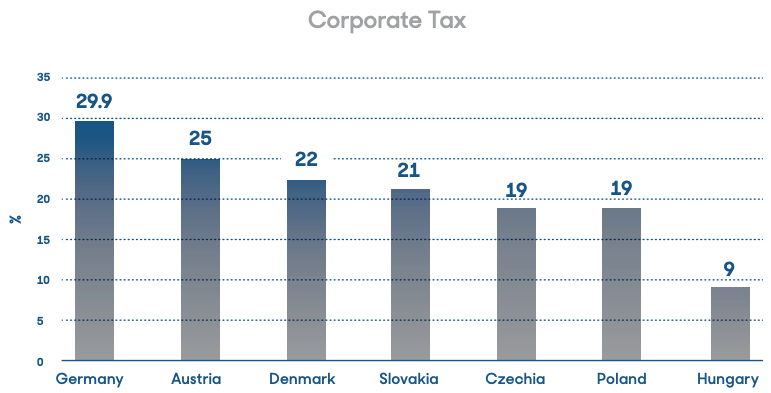 TABLE 1: The corporate tax rates in the V4 countries and in a few developed countries in 2020.

Very often this tax is not even charged, as there are several ways of receiving tax deductions. The state budget numbers mirror this situation. The proportion of corporate taxes in the 2020 state budget was planned to be only 2.8% of the total state revenue. In the planned 2021 state budget it will be even less: 2.46%. In contrast, the personal income tax is planned to be 12.3%, and the consumption tax (VAT)—which is 27%, the highest in the world—is expected to be 18.7% of the budget revenue. This is 31% in all in 2021. 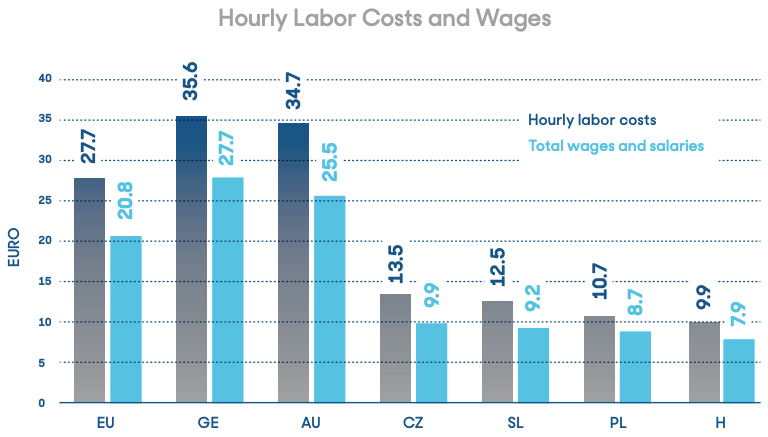 TABLE 2: Estimated hourly labor costs, and total wages & salaries (2020). The estimated labor costs are by far the lowest in Hungary compared to those in the other V4 countries.

Labor costs include not only wages and salaries, but also non-wage costs, like social contributions payable by the employer.

The government has recently announced a further decrease of the social contribution by 2 percentage points from 17.5 to 15.5% starting on 1 July 2020.

It is worth noting that while the burden of employers will decrease, that of the employees remain 33.5% (15% income tax, 10% pension contribution and an additional 18.5% health and labor market contribution). This means that the net wage is only 66.5% of the gross wage.

The German and Austrian, as well as the EU average numbers demonstrate a large gap between the labor costs and wages in the ‘West’ and in the ‘East’ 16 years after the V4 countries joined the EU. The absolute lowest values within the V4 countries are in Hungary.

Figure 3 indicates that low wage earner plant & machine operators and assemblers represent a high proportion of employment in the V4 countries. Once again, the highest proportion is in Hungary. It is worth noting that the typical investors in the V4 countries, such as for example Germany, do not create a large proportion of these types of jobs in their home country. In other words, they locate their lowest value-added, worst-paid assembly jobs into other countries. Hungary is leading in accepting and also supporting the establishment of these jobs. The proportion of the state contribution as a percentage of the total investment costs is also very high in Hungary. On top of this, in most cases, the investors also do not need to contribute to the infrastructure costs of preparing a location. The government builds so-called ‘industrial parks’ equipped with all the infrastructure ready for the investors. 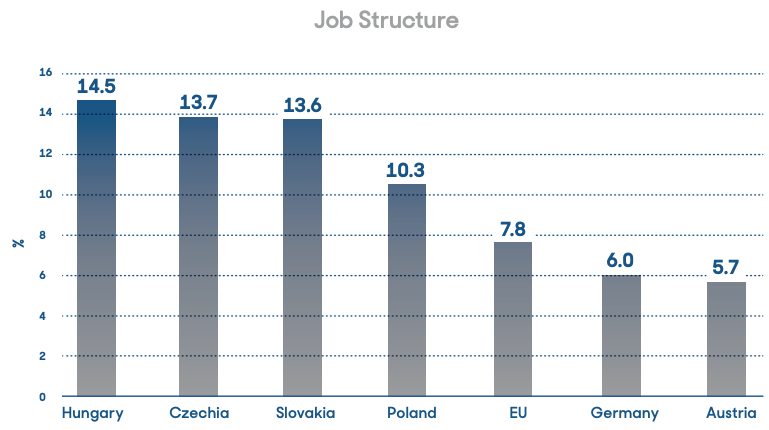 TABLE 3: Plants & machine operators & assemblers, 15 years or over as a percentage of total employment (2019, %). Wages are related to the levels of jobs available. The proportion of people employed in assembly jobs.

The education system is also adjusted to the needs of investors. The most frequently mentioned advice to young people is: vocational training is better than a ‘weak diploma’.

Very often this tax is not even charged, as there are several ways of receiving tax deductions. The state budget numbers mirror this situation.

As far as environmental protection and sustainability are concerned, Hungary is the 21st among the EU27 countries on the IMD 2019 list in terms of sustainability being a priority in companies. In term of energy intensity, Hungary is 26th. This is partially related to the assembly line operations which require a great deal of electricity. For these two indicators, however, the other V4 countries’ position is also problematic. The flexibility of the labor law is also very attractive for foreign businesses, as indicated by IMD. The key attractiveness features, from the corporate point of view, in Hungary highlighted by the IMD’s latest competitiveness report are the following: competitive tax regime, cost competitiveness, business-friendly environment and effective labor relations.

These characteristics are clearly reflected in the basic government philosophy: Hungary is building a work-based society. These circumstances are obviously ideal for businesses to create profit. They also indicate, however, the problem of improving competitiveness based on knowledge and high social values which are otherwise among the key EU objectives for the entire community. The most favored companies are those operating along the motor vehicles value chains. It is also worth mentioning that the locally created own income of foreign businesses is also high in Hungary. In 2018 it was 7.5% of the GDP. In 2000 it was only 2.2%.

The education system is also adjusted to the needs of investors. The most frequently mentioned advice to young people is: vocational training is better than a ‘weak diploma’.

The Objective of the Government is Working

Considering all the statistical data, we can conclude that the objective of the government to turn Hungary into a highly attractive FDI location is working. This is—among other factors—contributing to the high GDP growth which is of course not the best indicator, as it includes the repatriated profit. It seems as if all these arrangements are in perfect harmony with European values, or rather with European business interests. If we also take into account, however, some social indicators, which should also be important from the EU’s values point of view, they are less favorable than the GDP growth values. Life expectancy at birth in the poorest NUTS 2 region—Northern Hungary—is 74.4 years.

GDP per capita at PPS was 71.2% of the EU27 average in 2018. Final consumption expenditure of households, as a percentage of EU27 average at PPS was only 64%. (Eurostat). One reason for the difference may be the repatriated profit which is an element of GDP, but which leaves the country.

The real question we have to ask now: is it not fair to say that the EU’s behavior toward Hungary can be considered rather hypocritical, employing a double standard?

Is it then a surprise that the average Hungarian does not feel like the EU has a well-balanced value system? Is it not understandable that those issues the EU organizations, especially the European Parliament, raises as ‘value issues’ against Hungary are not perceived by the population as important ones for them? The real question we have to ask now: is it not fair to say that the EU’s behavior toward Hungary can be considered rather hypocritical, employing a double standard? It would seem that business interests are more important than facing problems in their actual complexity?

The EU has to understand that the critical points the EU keep blaming Hungary for are actually counterproductive, as the average citizen, who is typically quite conservative, supports the government on these issues, or does not care about them. As long as business profit, maximizing interests at any price, are accepted in the region, and especially in Hungary, the population will not be motivated to protest against issues the EU selects as—in its opinion—important ones. The EU should change behavior, and use an equal standard in all aspects of life, including better harmonizing values and business interests. This will be the only way to establish a truly strong, successful, European Union with value-based operations.