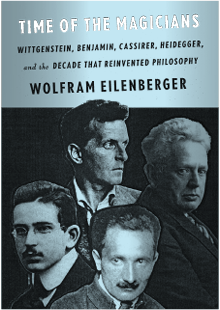 As he crossed the border into neutral Spain and caught a glimpse of Portbou’s crescent shaped beach, Walter Benjamin thought, for just a minute, that he might really escape the Nazis and find his way to the United States.

In one way or another, Benjamin had been on the move for decades: Germany, Switzerland, France and Italy. For a good many years he thought about moving to Jerusalem. In 1931, Benjamin fled Germany for France. Three years later, the Nuremberg Laws stripped all German Jews of citizenship, leaving Benjamin stateless. By June 1940, Paris fell to the Nazis and he headed south. Though he didn’t speak English he hoped to make his way through Spain to Portugal and, eventually, across the Atlantic.

After an arduous journey through the Pyrenees, by 25 September 1940 Benjamin was exhausted. And his sense of relief upon entering Spain proved short-lived. Border guards soon told his traveling party that they would be deported back to France the next day. Though General Francisco Franco’s Fascist state was not a formal combatant in World War II, friendly relations with Germany meant they had no interest in aiding and abetting Jewish refugees.

Once back in France, Benjamin was sure to be turned over to authorities allied with the Third Reich. Overnight, in a bout of despair, he took a deadly dose of morphine. His friend, Arthur Koestler, likewise tried to kill himself, but somehow survived. The next morning, when Spanish police changed their mind, Koestler and the rest of the group were allowed to continue on to Lisbon. Benjamin’s body and his suitcase, containing two shirts, a watch, a pipe, an X-ray and a manuscript (the latter went missing), were left behind.

“Fascism attempts to organize the newly proletarianized masses while leaving intact the property relations which they strive to abolish,” Benjamin wrote in his 1935 essay Art in the Age of Mechanical Reproduction. “It sees its salvation in granting expression to the masses — but on no account granting them rights.”

In other words, Benjamin argued, Fascists stripped politics of substance and instead transformed it into an elaborate performance. Along with increased economic inequality, heightened multipolar competition, revived anti-semitism and questions about democracy’s ability to respond fast enough to new challenges, it is no wonder that recent political theatrics have spurred all manner of comparisons to the interwar years.

As social life moves online today, philosophical essays, pornography, a passage from the Koran, a sponsored blog and a video of one person hitting another in the groin with a golf club all qualify as ‘content’.

But the similarities go even further. Like at present, life in Benjamin’s time felt as if it were speeding up. Back then it was mass transit, radio, telegraph and previously rural peoples migrating into cities. Today, it’s social media, torrents of images and the ability to easily move ideas, information, money and people across the globe. Benjamin wondered about the way urban life blurred art and advertising, music and noise. As social life moves online today, philosophical essays, pornography, a passage from the Koran, a sponsored blog and a video of one person hitting another in the groin with a golf club all qualify as ‘content’.

Along with looking at Benjamin’s journey as a thinker, “Time of the Magicians” author Wolfram Eilenberger probes the lives of interwar intellectuals Ludwig Wittgenstein, Ernst Cassirer and Martin Heidegger. In focusing on their development between 1919 and 1929, Eilenberger argues that their work in those years set the tone for the century to come.

The book proceeds chronologically and each of the nine chapters jumps between the four philosophers. Contextualized explanations of their work blend with narrative from their everyday lives. While all lived and worked during the same era, there is little direct interaction, save for one famed debate between Heidegger and Cassirer in Davos, Switzerland that is considered a seminal live event in the history of ideas.

Harvard based philosopher Peter Gordon’s entire 2010 book, “Continental Divide”, is dedicated to the Davos debate and includes a transcript of their entire exchange. In the “Time of the Magicians”, Eilenberger uses it as a tool to tie together otherwise disconnected thinkers and frame the rest of the story.

Even more than the actual content, the time and place — Davos in 1929 — of the encounter symbolizes the end of an epoch and foreshadows the cleavages set to tear Europe apart in the coming years. Heidegger would go on to join the Nazi party in 1933, while Cassirer would be forced to vacate his position at the University of Hamburg and flee to the United States. Now the scene of annual elitist confab, Davos was also the setting of Thomas Mann’s groundbreaking 1924 novel “The Magic Mountain.”

The founder of Philosophie Magazin, and host of a show on Swiss public television, Eilenberger has a way of explaining complex philosophical arguments in a simple way. He has written nine books in German. His latest, published in 2020, reprises the format of this book to detail the lives of four female philosophers: Simone de Beauvoir, Hannah Arendt, Simone Weil and Ayn Rand. “Time of the Magicians” first appeared in German in 2018, and is Eilenberger’s first book translated into English. In addition to the biographical tidbits about these important thinkers — and all of them are interesting characters — “Time of the Magicians” makes many of their important ideas accessible to a wider audience.

Eilenberger does an excellent job explaining, for example, some of the major arguments in Heidegger’s near impenetrable 1927 book “Being and Time.” Eilenberger selectively quotes from an otherwise difficult read, connects each passage with expository sections in his own words and gives the reader a chance to breathe by weaving it all together with stories of how this weighty tome was written.

Heidegger was a disruptive philosophical force who rejected Descartes’ idea that the world can be viewed objectively — that a person might sit back and observe things as a neutral outsider.

“In terms of content, at the center of Heidegger’s intellectual journey lay the exposure to the meaning of a single question: the question of being, or more precisely, the sense of being,” Eilenberger writes.

Heidegger was a disruptive philosophical force who rejected Descartes’ idea that the world can be viewed objectively — that a person might sit back and observe things as a neutral outsider. He coined the term Dasein, which is imperfectly translated as “being there,” or “being in the world.” For Heidegger, both human beings and objects must be understood in relation to the things around them. People alone are capable of asking what defines Dasein, but many inanimate objects are also imbued with a kind of spirit called “readiness-to-hand” [Zuhandenheit].

“The less we just stare at the hammer-Thing, and the more we seize hold of it and use it, the more primordial does our relationship to it become,” Heidegger writes. As Eilenberger helpfully clarifies “the essence of this equipment lies in its use,” and thus it is impossible to understand the essence of a hammer by merely looking at it laying on a table.

While there is more to Heidegger’s argument than can be expounded here — or in “Time of the Magicians” for that matter — Heidegger generally worries that modern culture, and the philosophical tradition dating from Descartes that created a false division between observers and the observed, means human beings no longer understand the way they relate to the world or themselves.

“Not only was the meaning of the ‘sense of Being’ either consigned entirely to oblivion or rendered taboo, but Dasein itself became blind to the actual sources and foundations of its relationship with Being, and hence did not, in the end, become a meaning of life,” Eilenberger explains.

The Power of Myth

The book’s sections on Wittgenstein and Cassirer are equally engaging. Born into a wealthy family, with a virtual monopoly on steel throughout the Austro-Hungarian Empire, Wittgenstein renounced his inheritance as a young man. He studied at Cambridge, but left in 1913. Then he joined the army and fought in World War I. Later he taught elementary school in rural Austria. He returned to Cambridge as a fellow in 1929. As Wittgenstein had never completed his degree, administrators allowed him to submit his groundbreaking 1921 book “Tractatus Logico-Philosophicus” as a PhD dissertation instead.

“Don’t worry, I know you’ll never understand it,” he told his examiners — including analytic philosopher Bertrand Russell — when he turned in the manuscript.

Cassirer is probably the least known of these four intellectual giants. Around 15 years older than the rest, in Eilenberger’s telling he represents the last of the old guard thinkers from the early twentieth century. During the two week 1929 colloquium at Davos, Cassirer spent much of his time suffering from the flu in his hotel room. In the meantime, Heidegger — the next big thing in philosophy — was busy schussing down the nearby ski slopes.

But a century or so later, Cassirer’s philosophy is undergoing something of a rebirth. Routledge recently released a new English translation of his seminal three volume work, “The Philosophy of Symbolic Forms” (with a forward by the same Peter Gordon who wrote the aforementioned “Continental Divide”). Cassirer contends, rightly, that human beings are not entirely rational beings. “Cognition does not master myth by exiling it beyond its borders,” he writes. In a recent essay on Cassirer in The New York Review of Books, the critic Adam Kirsch notes his work shows that “even in a scientific age, people are prone to magical, mythical thinking.”

While Nazi mythologizing of fictional concepts of ethnic purity would force Cassirer to flee his native Germany, present day hysterics deny climate change or imagine Soros orchestrated conspiracies everywhere. Such irrational ideas take hold amid a similar atmosphere of disorientation. Whereas rural populations once struggled with what it meant to be human as they moved to the fast-paced cities in the 1920s, contemporary life breeds stress amid adaption to the confounding speed and cacophonous distractions wrought by digital technologies.

And thus the tension between the need to ground civilization in reason, and the necessity to question what might be lost by rigorously applying science and logic to each and every aspect of daily life remains. Repulsive as Heidegger’s personal politics were, his concern that humanity might strip itself of its essence in pursuit of so-called progress feels as relevant as ever. A microwaved dinner sure is an efficient, scientific way to deliver calories, but does it not lack some of the intangible qualities of a traditional, collective meal?

“Man, precisely as the one so threatened, exalts himself to the posture of lord of the earth. In this way the impression comes to prevail that everything man encounters exists only insofar as it is his construct,” Heidegger writes in his essay The Question Concerning Technology. “This illusion gives rise in turn to one final delusion: It seems as though man everywhere and always encounters only himself… In truth, however, precisely nowhere does man today any longer encounter himself, meaning his essence.”

Much like in 1929, in 2021 the Cassirer-Heidegger debate remains inconclusive.

is a Barcelona based writer. His book “The Liar: How A Double Agent in the CIA Became the Cold War’s Last Honest Man” is forthcoming in August 2022 from PublicAffairs.