Why economic data are much better than human data in Visegrad countries?

Sustainability is a very relevant question at this time of rapid, unpredictable changes which characterize our present international environment. Despite this fact, all the EU countries are talking about returning to growth rates before the pandemic. In order to achieve this goal, a tremendous amount of money is poured into keeping businesses alive without calculating the effectiveness of the investments made from the cheap state and central bank money.

Sustainability is more, however, than economic achievements. Sustainability is about the healthy and harmonious development of the economy, society and the environment, as elements of an interconnected system. Growth measured by GDP only expresses economic results. It is not sensitive to the nature of investments, which contribute to increasing GDP. Building sport stadiums, motorcycle racetracks or similar investments can conveniently increase GDP, for example, without any positive impact on society or the environment. By covering land with concrete, organizing races may have negative human and environmental externalities.

GDP is also past-oriented, as it is based on the results of past decisions, while in order to make sound decisions today, there is a need for a future orientation, with the exploration of potential changes in the future environment. It is also a special problem for countries which are homes to assembly operations of foreign businesses, where these companies repatriate smaller or larger amounts of profit which end up being included in the GDP in the given country.

Another serious issue with GDP is that it can grow while social inequalities are also increasing, which is against social sustainability. The current EU publication – “Sustainable Development in the European Union 2020 Edition” (Eurostat) is an excellent source for obtaining a real and objective picture of the gap existing between macroeconomic results, basically economic growth measured by GDP and investment as a percentage of GDP, and achievements in the other two sustainability areas: social and environmental sustainability in the V4 countries.

Let me demonstrate the arguments concerning GDP and human sustainability with Eurostat data. I will concentrate on a comparison of economic and human capital data, and will not analyze indicators of environmental sustainability as it would require a more comprehensive study. I measure the economic results with the two above-mentioned macro indicators. Human sustainability characteristics – with a special emphasis on health and knowledge – are the most important elements of social sustainability.

Human sustainability characteristics – with a special emphasis on health and knowledge – are the most important elements of social sustainability.

I, therefore, choose to analyze several typical examples of human capital data with a special emphasis on health and knowledge for comparing the positions of the V4 countries in terms of their economic and human capital achievements. To illustrate the differences between the V4 countries and developed Western economies, Austrian data are also employed.

Table 1. Economic sustainability positions of the V4 countries and Austria based on two macroeconomic indicators. (EU27)

V4: the Large Gap between Economic and Human Achievements

What do we see in Table 1? First of all, the V4 countries perform very well in terms of the real GDP/capita indicator, while Austria is only 25th in the EU. Can we feel proud of the V4 data? Based on the arguments about the problems of GDP, I do not think so. These GDP data cannot be used for a correct and objective comparison without knowing what percentage of the GDP remains home, and what projects the GDP was spent on.

Improving human indicators, which also measure human and social sustainability, should obviously be an important target for GDP spending, as it can contribute to future sustainable economic performance.

Based on the other economic indicator, the investment share of GDP, we can conclude that Czechia, Hungary and Austria are in the best position, but we cannot actually judge the real sustainability value of these investments. If the money is spent on inefficient investments, with a low rate of return, if it is sunk in buildings and concrete, instead of being spent on improving the knowledge and health of the population, then the good position has no legitimate value. This can be demonstrated by analyzing human indicators.

Improving human indicators, which also measure human and social sustainability, should obviously be an important target for GDP spending, as it can contribute to future sustainable economic performance. Let’s take a look at these human indicators. 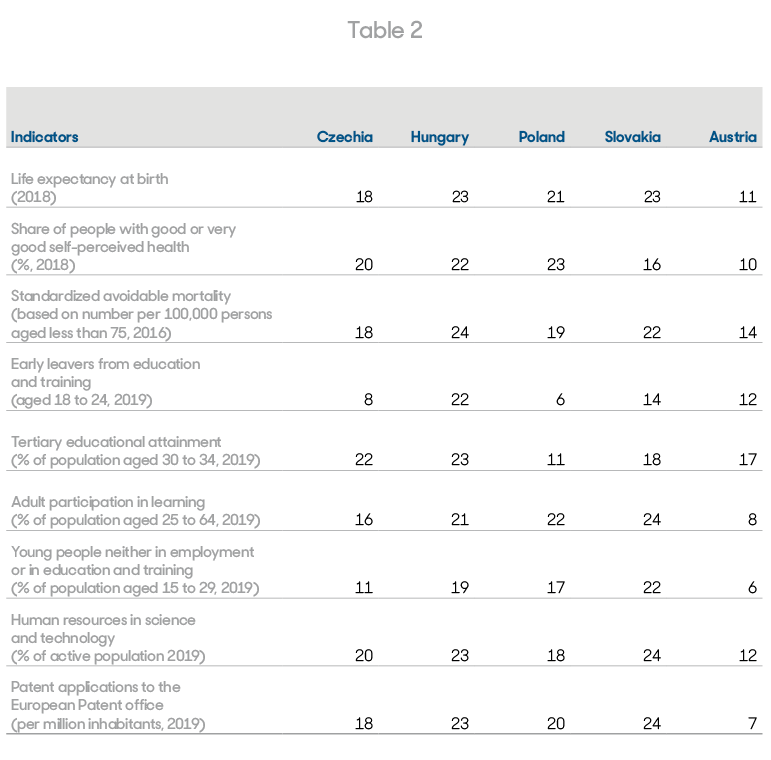 Table 2 clearly demonstrates the large gap between economic and human achievements for the V4 countries, and among them especially for Hungary. How is it possible, however, that a country is in front in terms of economic development and investment while lagging in human development – health and knowledge – indicators? What is the explanation for this phenomenon?

Subsidies for Foreign Capital, not for Human Development

Obviously, one reason is that it is easier to grow a lower level GDP than a higher one. This can be seen in the case of Austria. The second reason can be that GDP which remains at home after profit repatriation is not enough to achieve visible human development results. The third reason is how and on what the locally remained GDP is spent. A low rate of return on investment can be a problem. There is a fourth possible reason as well.

This is the way countries compete. Mention should be made here that in the V4 countries, and among them especially in Hungary, the methods for attracting foreign capital include not only a very low – in the case of Hungary 9% – corporate tax, but also very attractive government subsidies, which are obviously spent from the state budget, which cannot be spent on human development. These subsidies also increase, however, the GDP. Finally, with the exception of Czechia, all the other countries pursue a cost-competitiveness economic strategy, which means to be the most attractive investment location possible, based not only on low corporate taxes and different types of subsidies, but also on low wages.

In the V4 countries, and among them especially in Hungary, the methods for attracting foreign capital include not only a very low corporate tax, but also very attractive government subsidies, which cannot be spent on human development.

There are of course differences among the packages offered to foreign investors in the different countries, but it is still mainly not the well-educated, healthy, creative population, which is the basis for why they attract foreign investors. There is no apparent, clear vision in these countries for moving to a non-cost, value and knowledge-based competitiveness economic model. A cost-competitiveness strategy is obviously less sensitive to the value of human indicators.

A New and More Objective Indicator System is Necessary

During a V4 meeting in Poland, the Hungarian foreign minister Péter Szijjártó announced that the V4 countries can be the winners of the changes after the pandemic, because they can offer special attractive locational advantages to foreign investors. To translate this argument into economic policy, it probably means continuing to compete with cheap labor and state subsidies. But how can then these countries achieve harmoniously, not only economically but also socially and environmentally, balanced sustainable progress?

To answer the question is not easy. We cannot be naïve: global investors invest for as high profit as possible, and they will not reject free money, even if they come from the EU, which has a sustainability strategy as a community. The real issue is whether the EU, as a community, will not only merely talk, but also act as a community, embracing a stakeholder approach even in the case of its big global businesses seeking profit-maximizing objectives in the less developed EU countries.

If it can, the first thing should be to create a more objective indicator system, which can highlight these problems mentioned, and stop accepting increasing GDP growth and investment numbers, as development achievements in the less developed countries with poor human capital achievement. This indicator-system should consist of a combination of a modified GDP and a human capital index measuring health and knowledge achievements. In the final composite index, higher weight should be given to the human indicators.

This would guarantee balanced, harmonious sustainable development over the longer run. I think it should be a basic European value to support such types of development in the less developed regions. I believe this would be even more useful than the EU cohesion funds spent on sometimes unjustified investments, or on projects where a great proportion of the EU money is channelled back to the developed countries through the participating Western European businesses. Recently published reports, like the IMD digital competitiveness ranking and the Smart City index, reinforce that human capital, skills and capabilities badly need urgent investments in the V4 countries.

In summary, it is professionally absolutely justified and therefore required that the EU, as a community, should strive for balanced and harmonious economic, social and environmental development in every EU member state.

In summary, it is professionally absolutely justified and therefore required that the EU, as a community, should strive for balanced and harmonious economic, social and environmental development in every EU member state. This can only be achieved if the evaluation of national progress is based on a combination of indicators in which real and objective achievement is analyzed with a higher weight on human indicators in those countries, where these indicators are much worse than the economic ones.

It can also be an option to establish requirements for human development in the process of evaluating the impacts of using EU funds. This may not be a very attractive solution, over the short run, for those EU businesses which earn and take home considerable profits from the less developed regions.

At the end of the day, however, the EU should not only be concerned about its business interests if it wants to remain relevant, over the long-term, as a community that cares about the well being of its population, and this equally enthusiastically regardless of which country they live in. This is also the only way to achieve a genuine turnaround in sustainability and competitiveness which is badly needed in the EU.