Aspen Institute Central Europe celebrated it’s 10th anniversary! The greatest value of Aspen is people. Read the reflection of the past ten years by the publishing editor Jenda Žáček.

Aspen Institute Central Europe celebrated it’s 10th anniversary! The greatest value of Aspen is people. Let’s say the Aspenians, the people who have been taking part in some of the programs, the Aspen Young Leaders alumni, the people who took part in Aspen’s discussions, those who helped financially, worked in the Aspen team, served on the board, have written for Aspen Review or those who advised. Aspen is people. Aspenians. 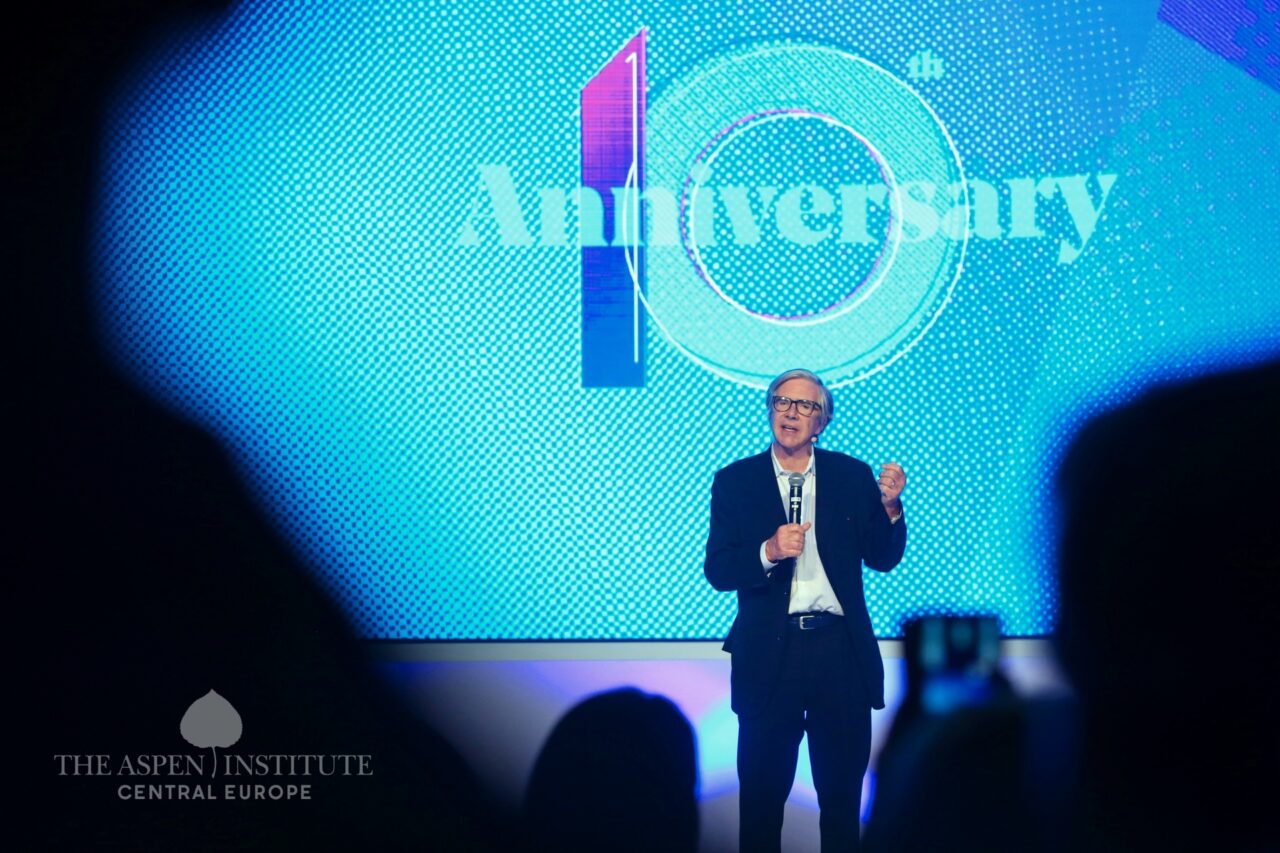 The South Korean pop superstar Psy presents his hit Gangnam Style. Nelson Mandela dies. Black Lives Matter. The Ice Bucket Challenge. The Russian annexation of Crimea. Malala Yousafzai is awarded the Nobel Peace Prize for pushing for the rights to education for everyone. Diverse emojis come to your phone. The global climate change agreement is being adapted in Paris. Greece is announcing bankruptcy. The Brexit Referendum. Donald Trump becoming US president. Amid the international wave of populism and neo-nationalism, Andrej Babiš and Viktor Orbán getting into power in Central Europe. The ongoing decline in trust in the media.

The COVID-19 pandemic. The Harvey Weinstein verdict. Worldwide, Avengers: Endgame grossed more money faster than any previous film in history. The stock market crash and the global economic recession. The American election fallout. Further data and privacy issues on Facebook. SpaceX and Jeff Bezos make civilian space travel a reality. Vladimir Putin starts a Russian invasion of Ukraine. One of the founders of Aspen Institute CE and US Secretary of State from Czechia Madeleine K. Albright passes away. 5G networks launching around the world.

This is definitely not at all what happened between 2012 and 2022. It is therefore not easy to put the last ten years of humankind into just a few sentences.

But one thing is clear – society is evolving and the Aspen people follow current trends, issues and challenges. And more than that – they try to anticipate the upcoming and be helpful.

Just to make Ideas Impacting Society happen as stated in the Aspen claim from the 2017 rebranding.

Over the last decade, the Aspen Young Leader Program joined almost 400 emerging leaders in Central Europe. Dozens of public debates, conferences or other policy meetings took place. These 10 years amounted to reaching hundreds of thousands of people not only in the CE region who got in touch with Aspen, his programs or outputs. People addressed topics such as value based leadership, liberal-democratic values, transatlantic issues or just –in general– the future of our society and the whole (wo)man kind.

There were per thousand of Aspen Review articles, interviews, comments and op-eds written by world-renowned authors and thinkers. People were given the space for open and deep discussion, networking of professionals with various backgrounds and inspiration among one other. These are people who represent a diversity of disciplines, opinions and beliefs; people who share openness, faith in a liberal democracy, a desire for a better tomorrow and mutual cooperation while supporting each other on our path.

I would like to express my great gratitude to all those people –Aspenians– I had the opportunity to meet. And as well to those I haven’t had a chance to meet. I hope to see them in the next ten years.

is a freelance brand strategist—consultant, lecturer, and communicator. He helps others with development & company strategy, campaigns, communications & PR, political marketing and NGOs. He joined the Aspen Institute in 2016 and was responsible for overall communications and the rebranding in 2017. Now he is the Publishing Editor of the Aspen Review and led the magazine redesign.