Last June Jakub Hlávka, Assistant Research Professor at the University of Southern California, had a chance to attend the Aspen Ideas Festival in Aspen, Colorado. Out of the sixty various panels presented he has chosen some of the most insightful to share.

“Thanks to the support of the Aspen Institute Central Europe I was able to attend the Aspen Ideas Festival this past June. The event took place in Aspen, Colorado, a place that is famous mainly for its amazing nature and its exclusive ski slopes, and which has since 2005 been the meeting place of national and world leaders for the purpose of resolving the most pressing societal issues. As I focus in my work mostly on financing of health care and on investments into innovative therapies, I couldn’t very well miss the festival section Ideas Health. Out of the sixty various panels presented in Aspen I have chosen some of the most insightful to share.”

On the role of misinformation in current and future health care

When one panel asserted that misinformation is one of the leading causes of death in the US, many members of the audience regarded the statement as an exaggeration. However, when people like Victor Dzau, the president of the American National Academy of Medicine, as well as the afore-mentioned Francis Collins and an expert on this topic Joe Smyser all concurred that as a result of biased or misleading information tens or even hundreds of thousands of people die each year (with an example being misinformation regarding vaccination during the Covid epidemic), the majority of us were forced to acknowledge that this is in fact one of the largest problems in both health care and society.

I think the biggest lesson I learned [during the pandemic] is trust. Despite all the technological successes, when it all came, the community was not ready.” Victor J. Dzau

Discussion of possible solutions shed light on the importance of trustworthy media, the use of new channels for communication with the public and on the need for investments into media literacy.

Recording of the panel on misinformation 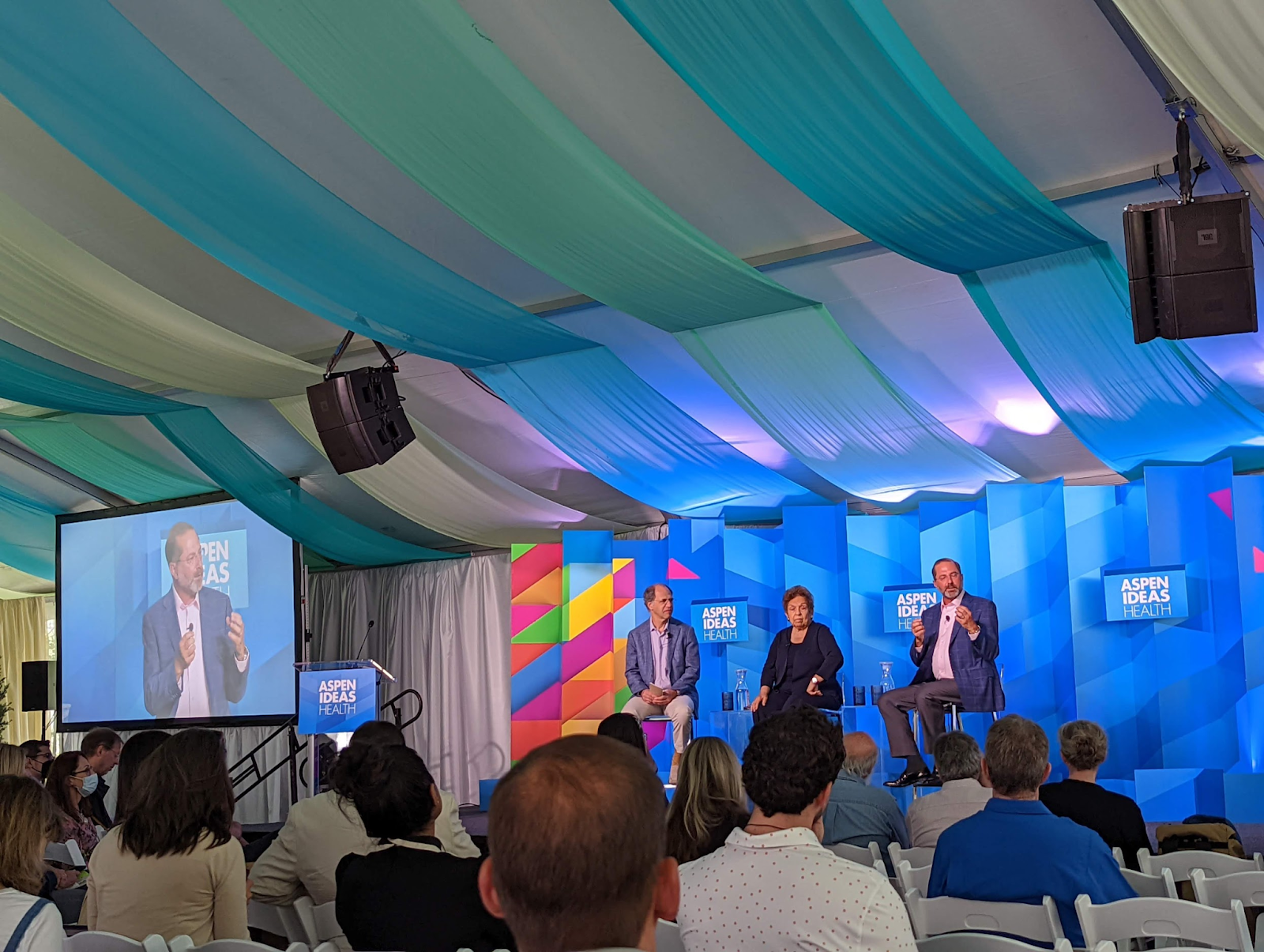 On leaders who lead by example, even if at the cost of personal sacrifice

One of the most tragic events this year for the medical community worldwide has been the unexpected passing of Paul Farmer, a doctor based in Boston. Throughout his life Dr. Farmer started a large number of projects which now provide healthcare for millions of patients in the developing world (the largest organisation, Partners in Health,  has around 18 thousand employees today and operates in countries like Haiti, Rwanda, Malawi and Kazakhstan). Paul Farmer was spoken about at the gathering with a similar level of respect that has been given to Madeleine Albright. Speakers noted that he contributed to the shift in paradigm of how developed countries can provide effective aid to developing nations, and that he increased the level of healthcare provided in the poorest countries of the world through his fearless advocacy of investments into local communities.

“It’s not about the disease, it’s about the patient. Go to their homes, learn about them, let them teach us what we need to do. And do something about it.” Marc Julmisse

I myself was greatly influenced by the book Mountains Beyond Mountains, a biographical book about Dr. Farmer’s exploits that came out many years ago, which in fact inspired me to volunteer in Nairobi.

Recording of the panel on Paul Farmer

From Ukraine to longevity issues

It was difficult for me to pick a panel that was more inspiring than the rest, so I’ve decided to present a few examples that stood out to me:

One of the speakers was Pavlo Kovtoniuk, a former deputy minister of the Ukrainian Ministry of Healthcare. Having arrived directly from Ukraine, Mr. Kovtoniuk described the systematic destruction of civil infrastructure by the Russian military in the ongoing conflict. His presentation gained the strongest positive response of the whole conference.

“What we need is your help, help of your governments, of your public opinion, to win this war.” Pavlo Kovtoniuk

On the enormous toll of mental health issues spoke America’s leading psychiatrist, Thomas Insel, whose book, Healing: Our Path from Mental Illness to Mental Health, is one of the top books on the subject. His presentation shed light on several promising trends, including a new community behavioural system and a hotline for mental health 988, and on the enormous potential that this area has.

“We do not have a health care system, we have a sick care system. We wait for people to get into a crisis. There is no continuity, no comprehensive care.” Thomas Insel

The idea of a community-based approach to healthcare was discussed during the​​ panel with several innovators in the field, who pointed out several options for better prevention and screening in an environment that people are familiar with. The panel recommended several solutions, such as strategies for limiting the onset of and the management of various illnesses, such as diabetes or obesity.

“There are all these resources in the healthcare system but they are not accessible to people when they need them.” Courtney Bragg

Modern healthcare is battling with the issues of an overwhelmed system as a result of an ageing population. The key to its long-term sustainability are investments into quality of care and an active participation of patients in maintaining their own health.

Hopefully we shall be successful in starting most of these necessary changes as soon as possible. 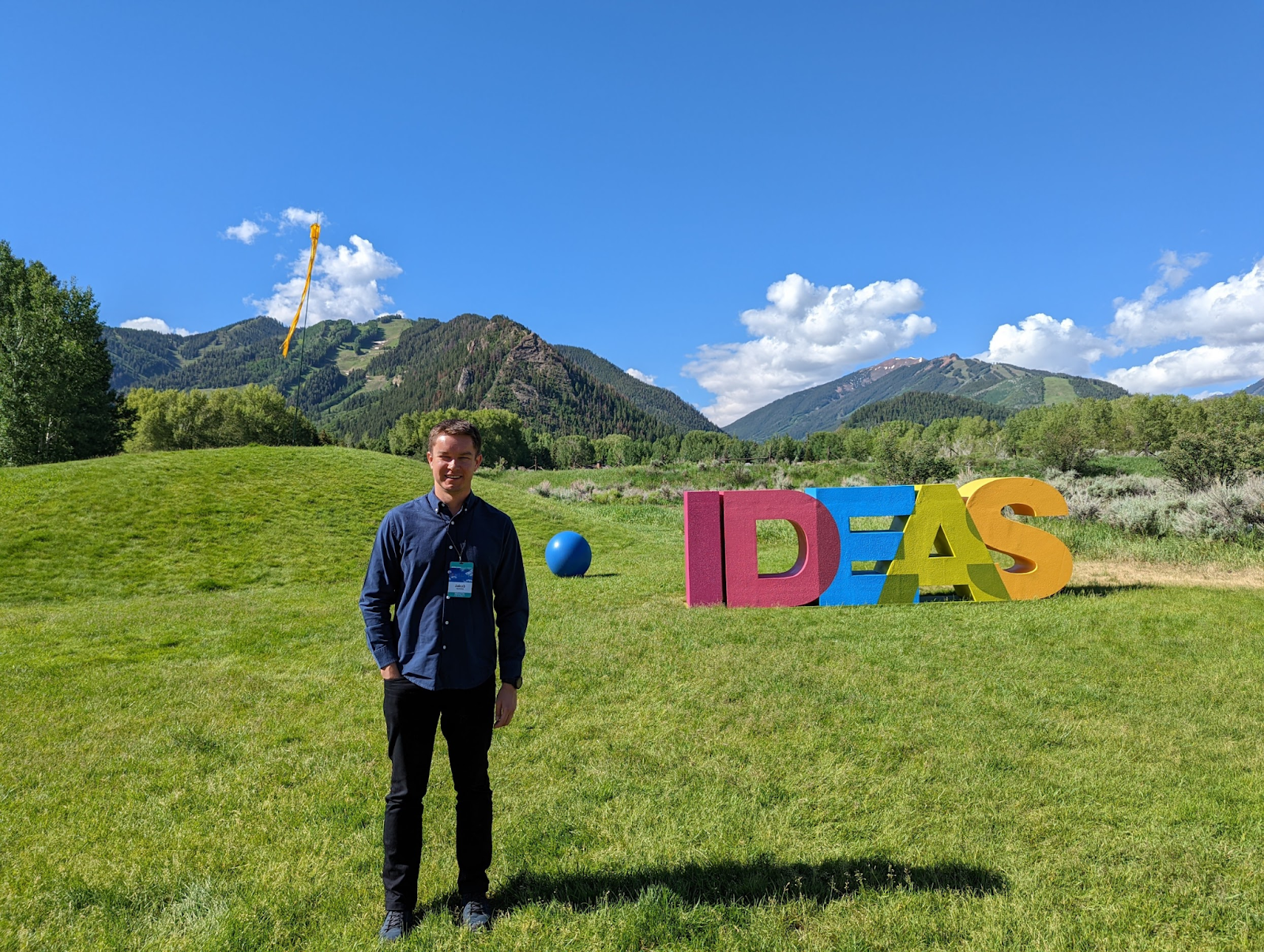 is an Assistant Research Professor at the University of Southern California, where he works on health policy and national security issues. Since joining RAND, he has contributed to studies for NASA, the Department of Defense, HHS and other institutions. He holds a graduate degree from Georgetown University and has completed fellowships at Genentech, the Fraunhofer Society, Stanford University and the Prague Security Studies Institute. In his spare time, he is an avid triathlete and performs as a violinist with the Santa Monica Symphony and other ensembles. He has been named a Global Shaper by the World Economic Forum and has contributed to projects related to homelessness and economic inequality.